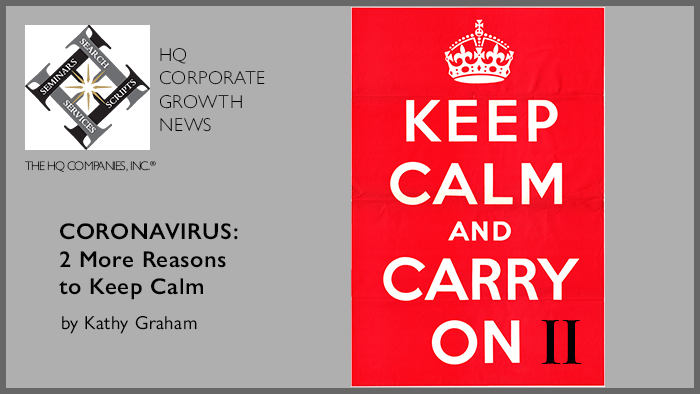 
We absolutely acknowledge the tragic loss of life. This loss of life deserves a pragmatic examination because of its seriousness.

REASON #1 FOR CALM: THE DEATH RATE IN PERSPECTIVE

Confirmed cases info is sketchy. Comparing “the number of deaths” to the “total population” provides an accurate current death rate. Note that THE WORLD IS NOWHERE NEAR THE LOSSES IT INCURRED IN THE 1918 FLU.


REASON #2 FOR CALM: INGENUITY OF COMPANIES