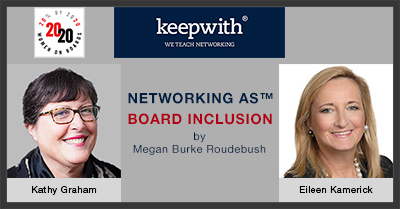 MEDIA MENTIONS: KEEPWITH INTERVIEW WITH KATHY GRAHAM AND EILEEN KAMERICK ABOUT BOARD INCLUSION


keepwith’s November issue of Networking As™ features Networking As™ Board Inclusion, an article that Megan Burke Roudebush, founder of keepwith, wrote after interviewing Kathy Graham and board member/governance expert Eileen Kamerick about networking, board inclusion, and what it takes to succeed when you are a “first” on a Board.


The column below appeared in the Daily Herald Business Ledger on August 19, 2019. Reprinted with permission.

You should chat with , although, to be honest, you'll do more listening than chatting at least at the start. That's been my experience, anyway.

Nonetheless, Graham is one of us, an entrepreneur who owns four Chicago-based businesses that collectively are The HQ Companies, Inc., a group of companies focused, in Graham's words, on corporate and executive growth through strategic alignment, financial positioning, and human capital development.

Yes, that reads a bit like an ad, but, trust me here, those words are the quickest way of summarizing the combination of Graham's skills and interests. The conversation, which you'll ultimately plunge into, focuses these days a lot on diversity - of the workforce and of practically every business' customer base...
END_OF_DOCUMENT_TOKEN_TO_BE_REPLACED 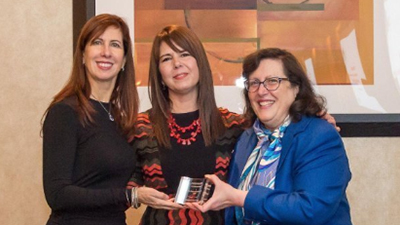 
Last month, Nielsen-Massey was awarded the 2020 Women on Boards Ambassador Award at the 7th Annual National Conversation on Board Diversity.

The photo shows Lynn Clarke, Chairman of the Board, along with Beth Nielsen, the Company’s Vice President of Culinary, proudly accepting this accolade and receiving congratulations from Kathy Graham, 2020 Women on Boards Chicago Chair.

Nielsen-Massey is a private family-owned company that's 111 years old. They have over 20% women on their board and an independent Board Chair, also female. Kudos to a company that makes the best vanilla extract (my favorite) and understands the value of diversity!

Nielsen-Massey posted on LinkedIn: "We are truly honored by this recognition and proud to advance the mission of 2020 Women on Boards, which is to increase the percentage of women on U.S. corporate boards to 20% or more, by the year 2020. Congratulations to all who were recognized." 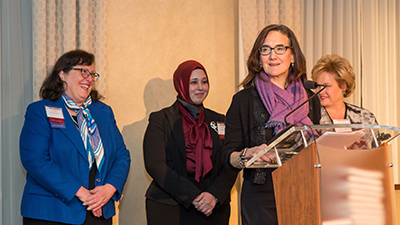 MEDIA MENTIONS: 2020 WOMEN ON BOARDS EVENT IS A BIG SUCCESS


The Chicago Campaign of 2020 Women on Boards—a national campaign to increase the percentage of women on U.S. company boards to at least 20% by the year 2020—brought together a powerful group of speakers to address how we collaborate with public companies in Chicagoland to help them increase the number of women on their board.

November 15th saw over 250 attendees at the 7th Annual National Conversation on Board Diversity in Chicago. To foster the important conversation of diversity on boards, the Chicago Campaign of 2020 Women on Boards has curated a program that allows for knowledge sharing among attendees.

This year’s conversation on board diversity included awarding Abbott (NYSE), the global healthcare company, an Ambassador Award for having greater than 20% women on its board for the entire seven years that 2020 Women on Boards has been tracking nationally these statistics via its Gender Diversity Index.

Abbott’s award—recognizing its nearly 40% women board representation—was accepted by Abbott Board Director Sally Blount, the Michael L. Nemmers chair in Strategy at the Kellogg School of Management at Northwestern University, where she served as dean for the past eight years.

Blount was also a 2020 Women on Boards Chicago Campaign Keynote Speaker for The 7th Annual National Conversation on Board Diversity.